You are using an out of date browser. It may not display this or other websites correctly.
You should upgrade or use an alternative browser.

harvey said:
Haha, I knew someone would comment. It's a rally thing as I've seen so many bolts damaged having been hit due to them poking through from the top down. Bottom up is the future, try it, you might like it

an ex gf=there will never be room for another female in your life! I think it will be Mrs Vauxhall Astra GSI Beckett!
Click to expand...

The Astra mk3 V6 was dug out of its Winter hibernation as I had a couple of jobs lined up having now covered 60,777 miles. If you missed the custom LCD dash conversion that I made see here. 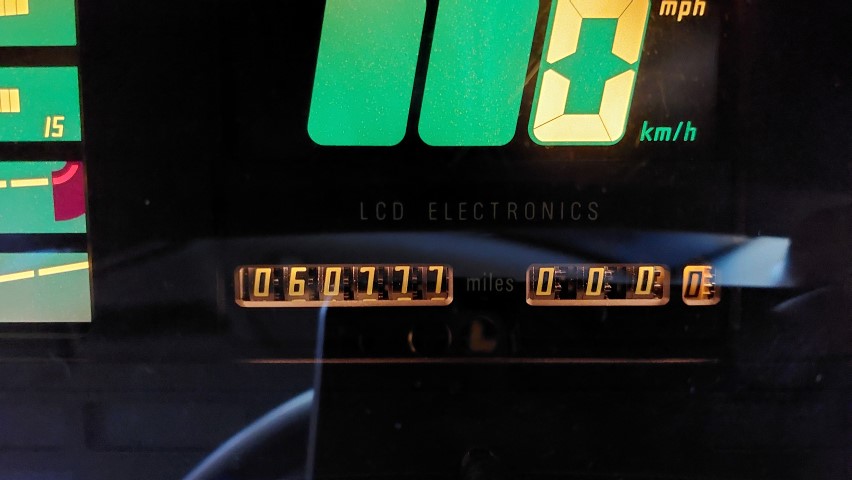 First one was to remove the rear nearside door card to figure out where an annoying rattle was coming from. 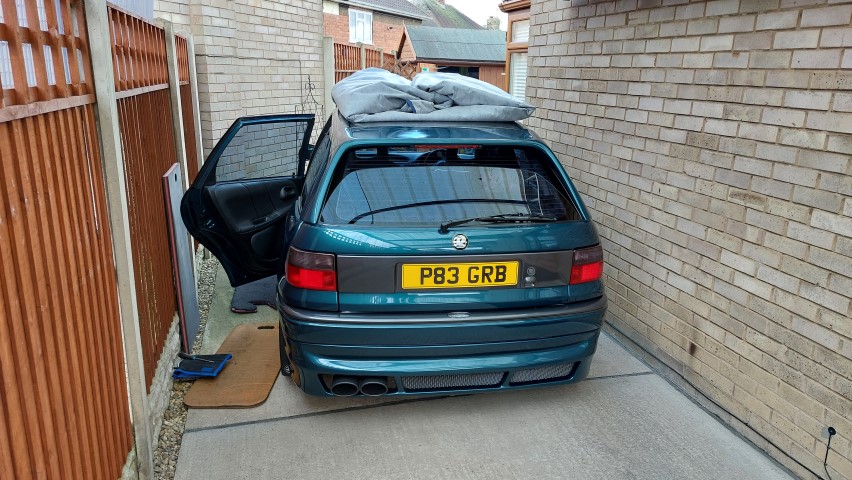 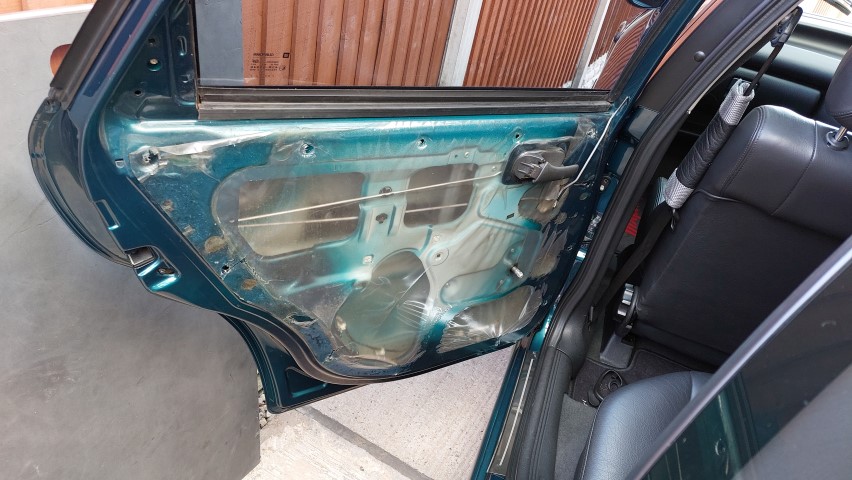 A bit more poking, prodding and slapping and I found this loose in the bottom door, dried up sound deadening goop. 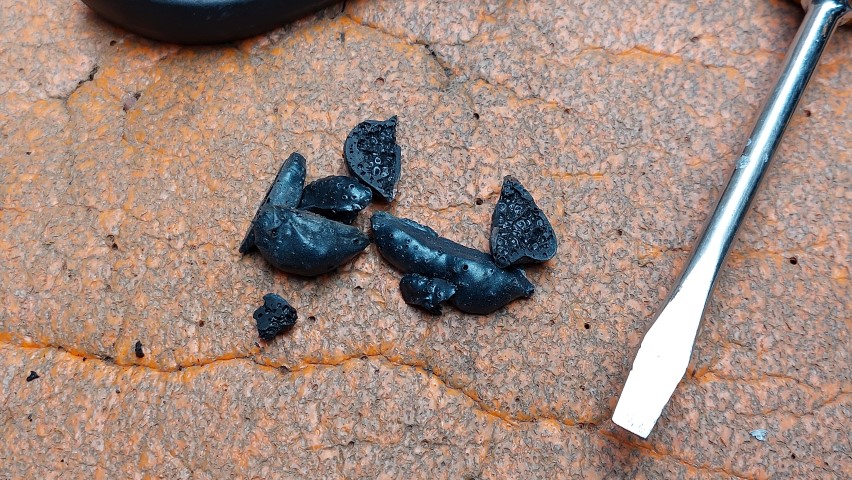 Also noted the central locking pushrod was loose so applied a tried and tested motorsport fix. 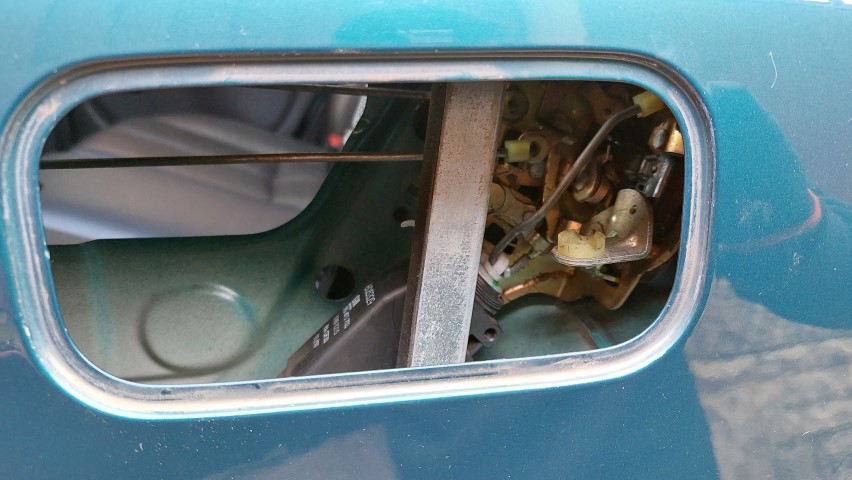 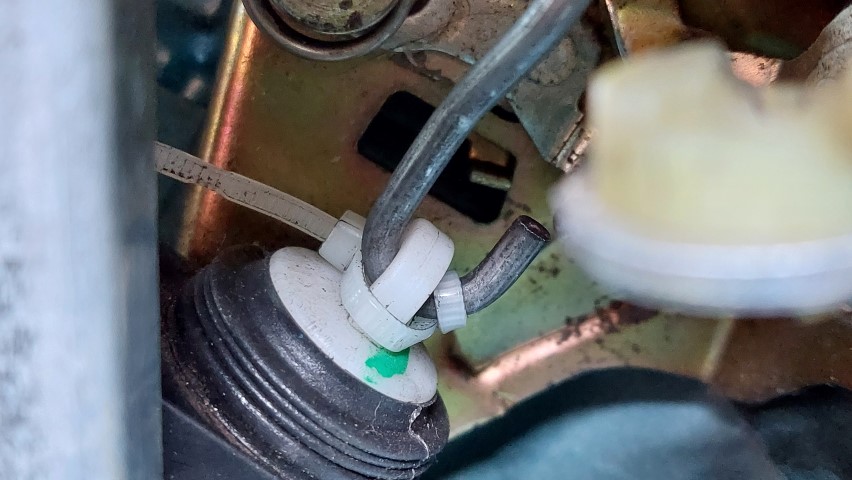 With that faffy job sorted the door card was popped back on. 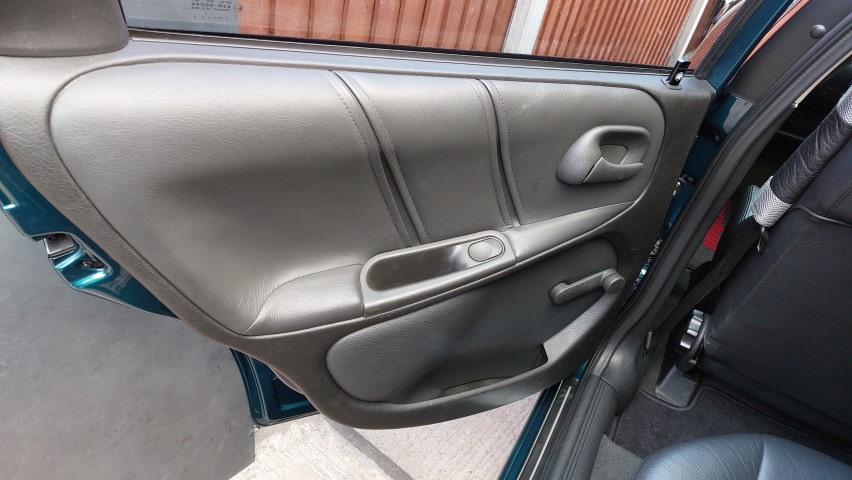 Next job was to sort the screen wash tubing as the pipes were showing their age having gone through a few heat cycles under the hood and had a small weep. I removed both pipes and cut them back before soaking them in boiling water so they were supple enough to be pushed on for a nice snug fit. 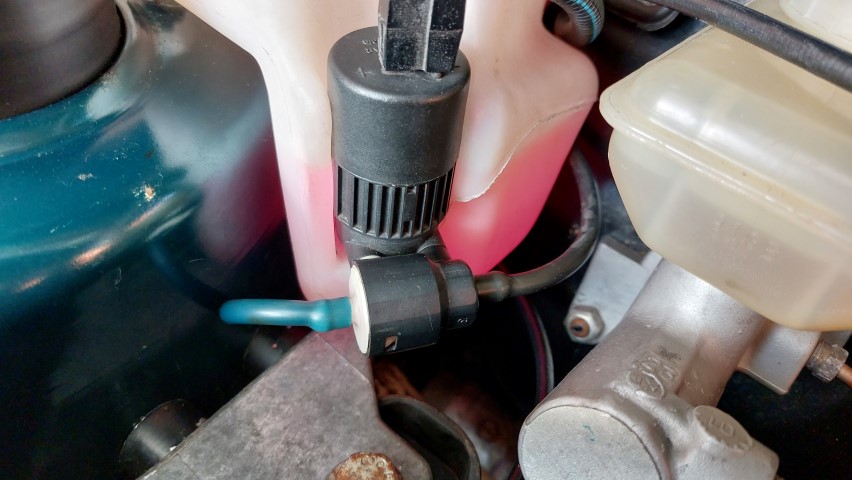 Last job was to try and figure out why the gearbox level plug was still weeping after fitting a crush washer which they don’t normally have anyway. Jacked the car up on its side and removed the level plug. 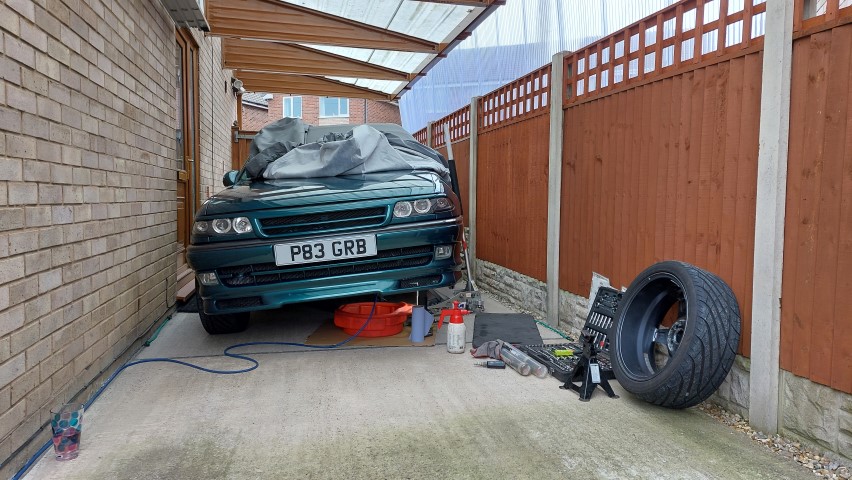 After a good inspection I noted a slight deformation of the alloy casing when the level plug should sit snuggly, if you zoom in you can see the dent. 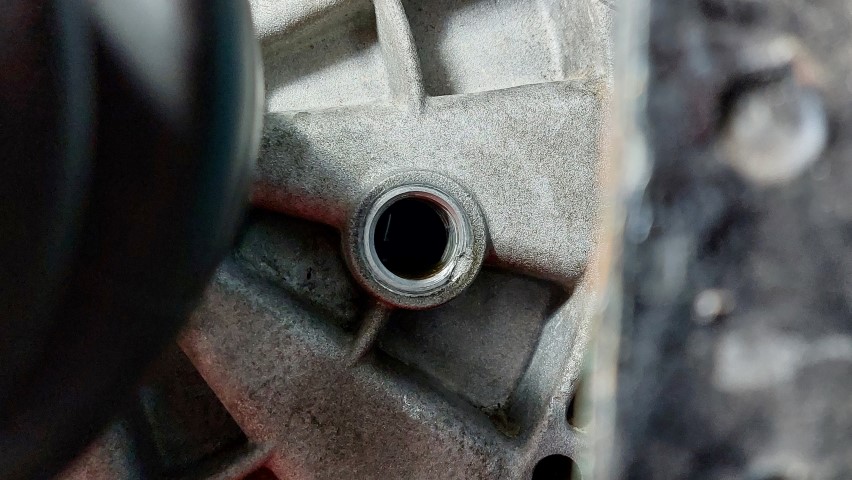 The old M18 crush washer outer diameter wasn’t quite large enough to cover the damage so oil could just sneak past. I bought an M17 crush washer which was 24mm OD instead of the M18 22mm OD, filed the ID so it was a tight squeeze over the threaded section of the level plug and then added thread lock to the rear ID of the crush washer. I could have messed with chemical metal to get the mating face smooth but access is tight and I would have had to remove the drive shaft, I’m hoping my fix has sorted it so time will tell. 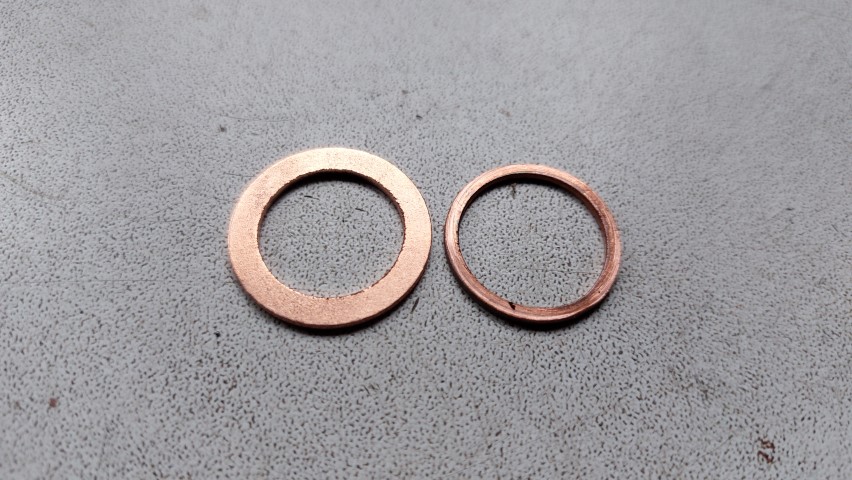 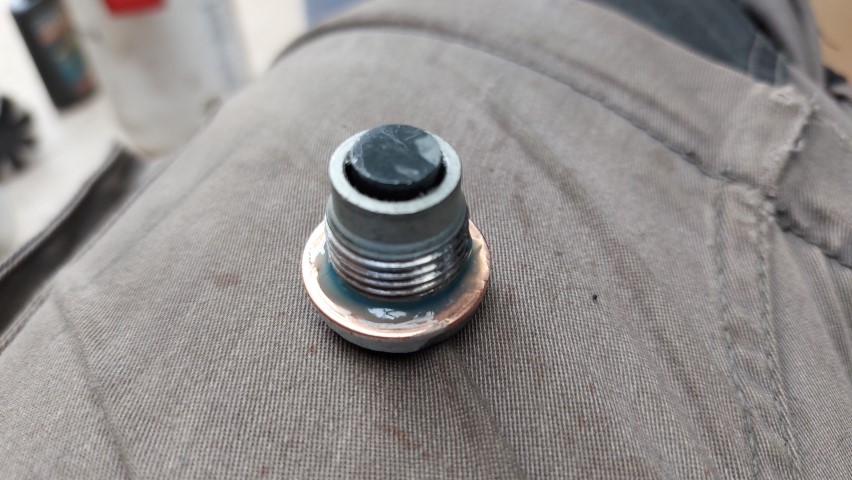 Level plug torqued to spec being 50Nm and as you can see the new crush washer covers the mating face damage and coupled with the thread lock fingers crossed no more damp patch reappearing. 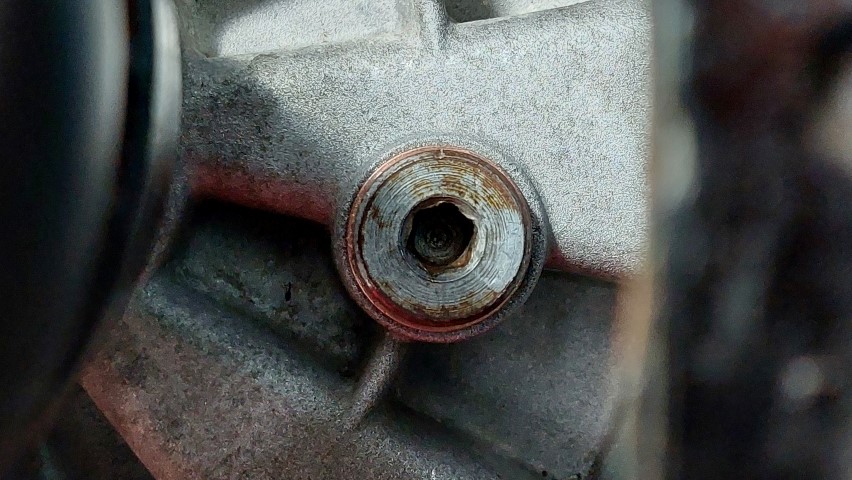 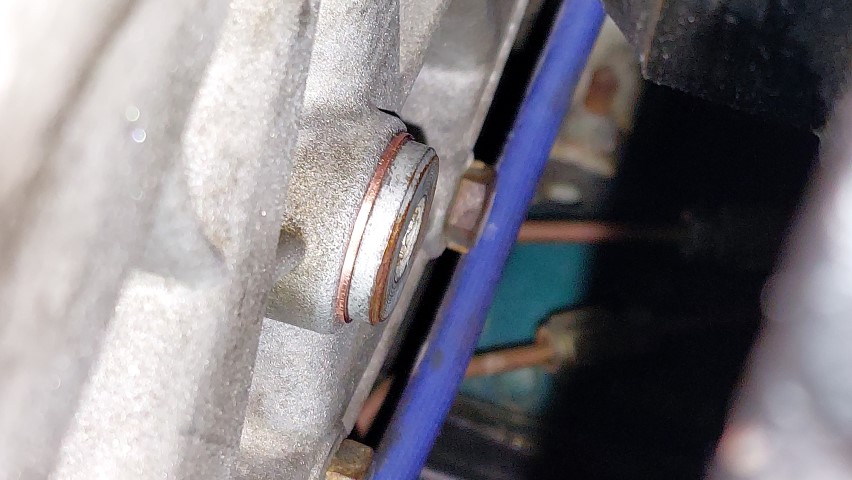 good update mate, fingers crossed the washer works! many a time I have been filing and die grinding out washers for all sorts of crazy fixes lol. Their usually a winner.
If that fails I would try a doudy washer next ( the one with the rubber bonded in the middle )
DAVE B
MY VXR POWERED GSI THREAD

an ex gf=there will never be room for another female in your life! I think it will be Mrs Vauxhall Astra GSI Beckett!
Click to expand...

The Astra mk3 V6 has been re-homed and relegated to on-trailer storage after a shuffle round with the cars. 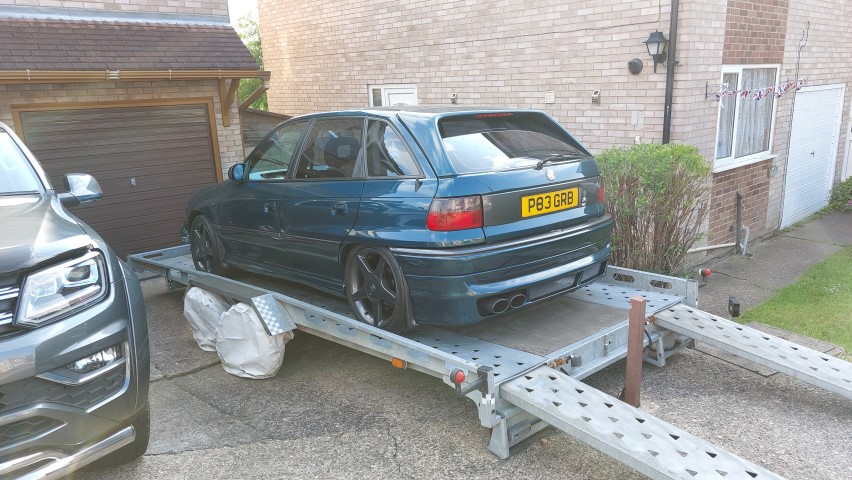 The cars covered a few miles this year and I’m happy to report my F28 oil level plug fix has worked with no more fluid weeping. 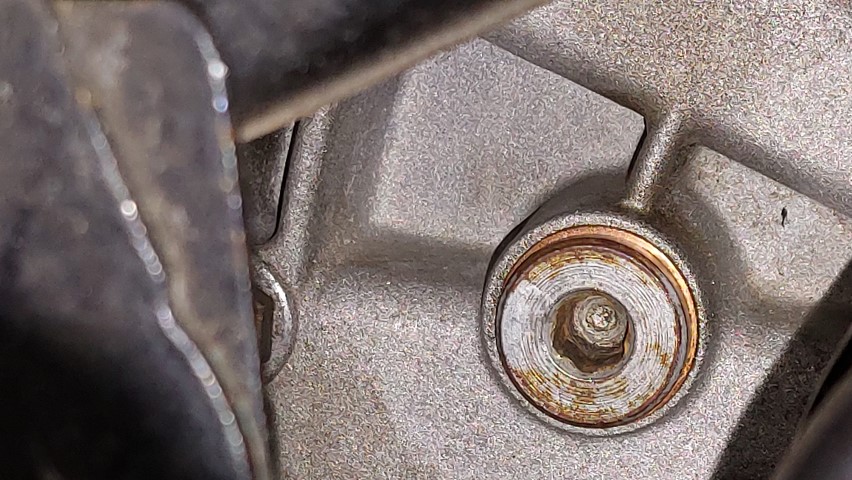 I’ve also deploying a version 2 fix for the clunking exhaust which only happens on very bumpy roads which in a firm riding lowered mk3 Astra is most roads. A long rubber hose with heat shielding to stop the exhaust burning through. 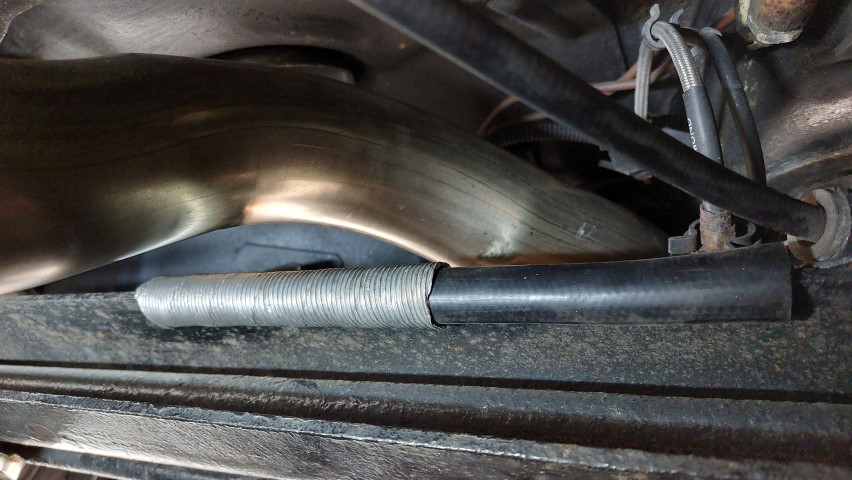 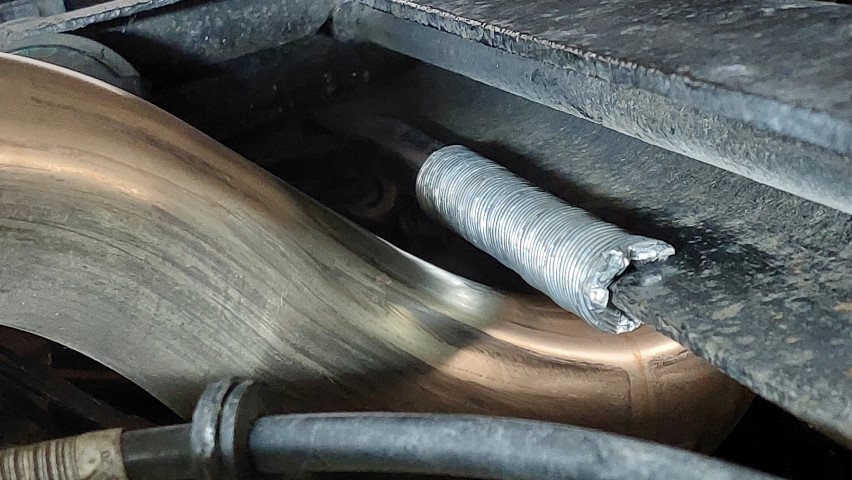 Another slight annoyance is the central locking as the driver’s door locks via the alarm remote but then unlocks itself, lock it again and it’s fine. I decided it could be the c/l motor so had a good spare which I tested and proved to be working. Driver door card removed, excuse the tape it’s when I installed elec windows as a povo spec Arctic 2 don’t have them. 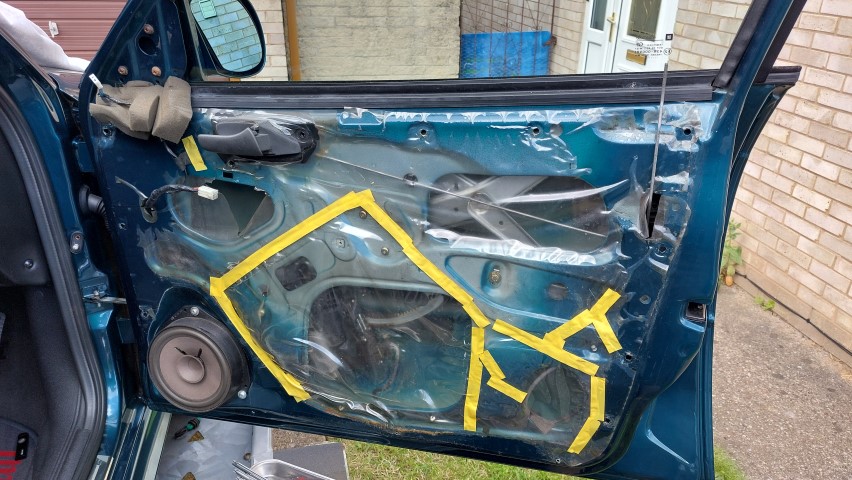 Door locking mechanism was surprisingly easy to remove as I was expecting a battle. 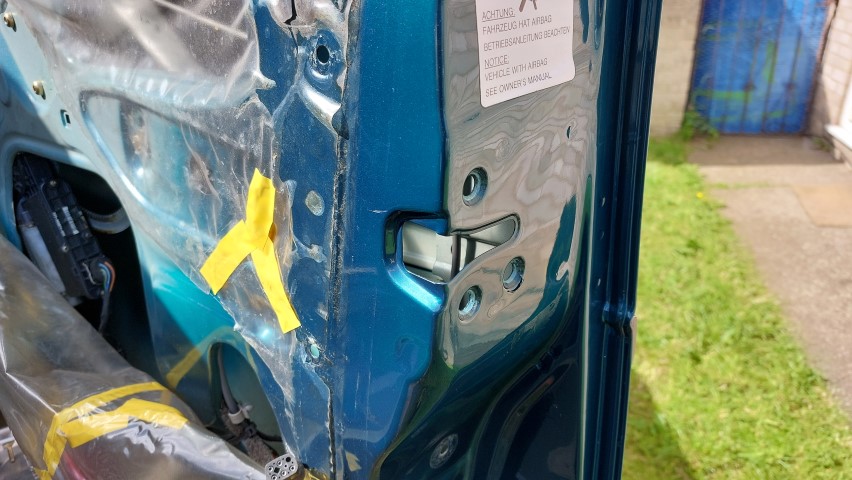 I swapped the suspect c/l motor (bottom) with the tested good spare (top) so the original door mechanism was refitted. 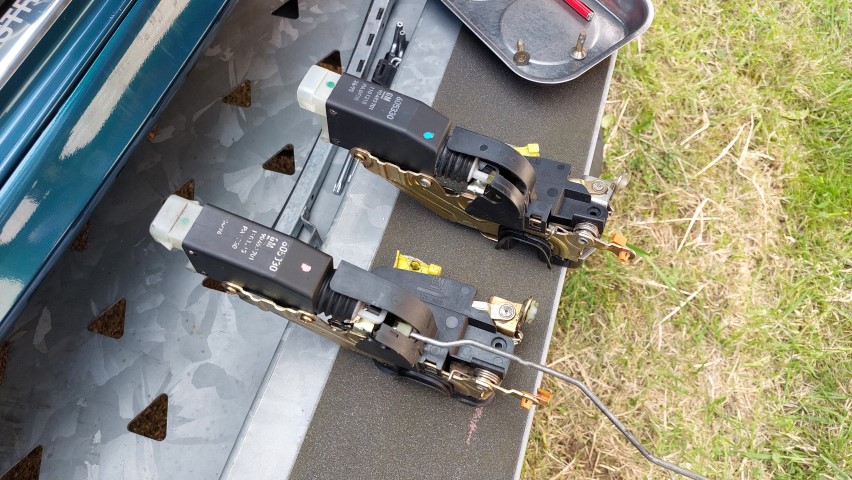 Bolted back in without a fuss, tested working so popped the genuine mk3 leather door card back on. 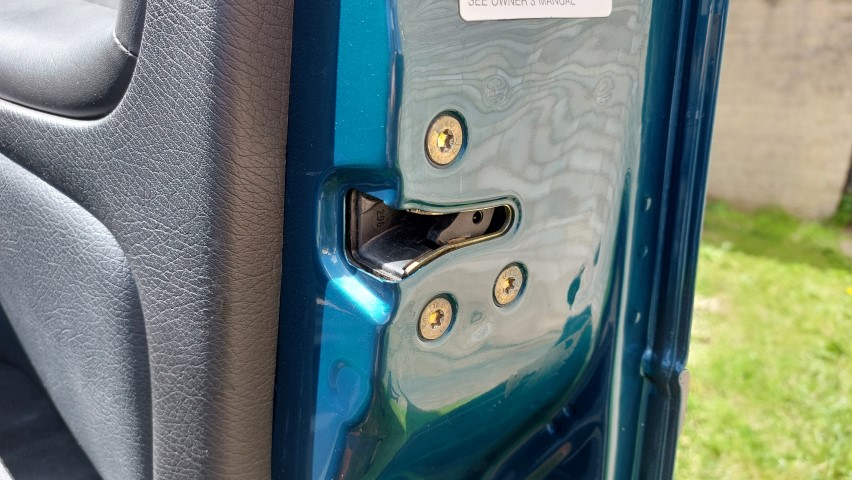 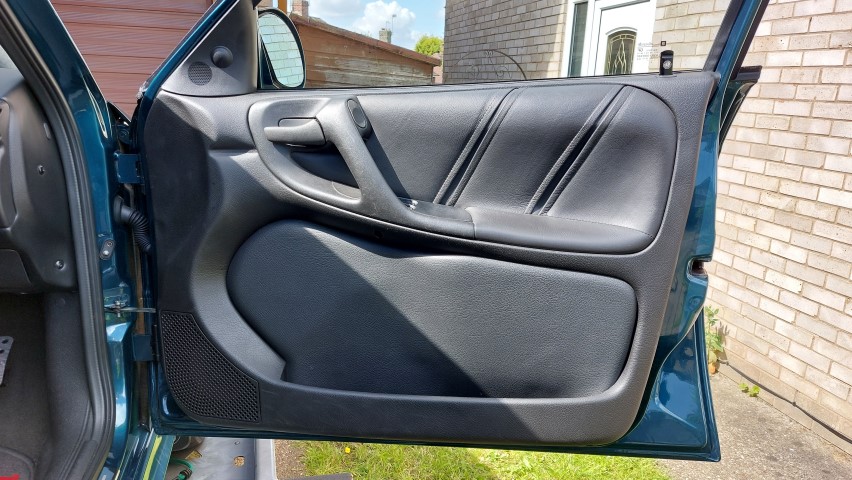 I stripped the suspect c/l motor but couldn’t figure out why it was doing what it was. Could be the microswitch was being activated with the plastic sliding part bouncing into side, but no idea so stuck it in my spares pile as a working but dodgy spare. 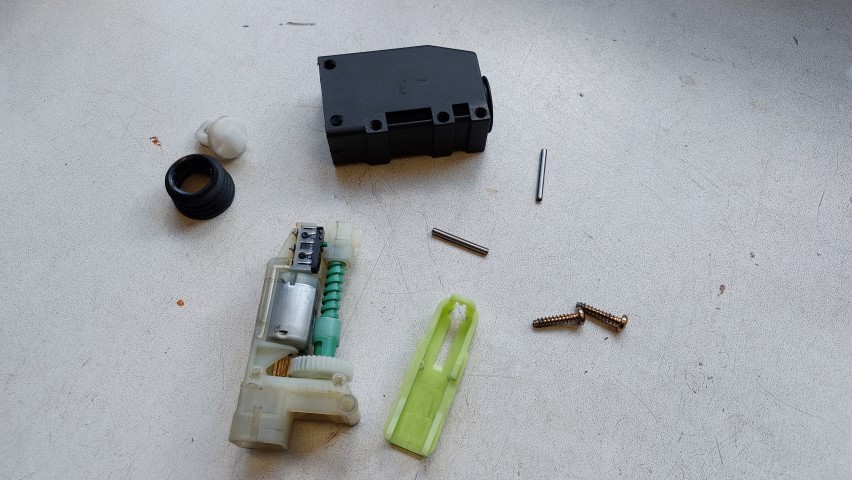 Astra at rest covered back up. 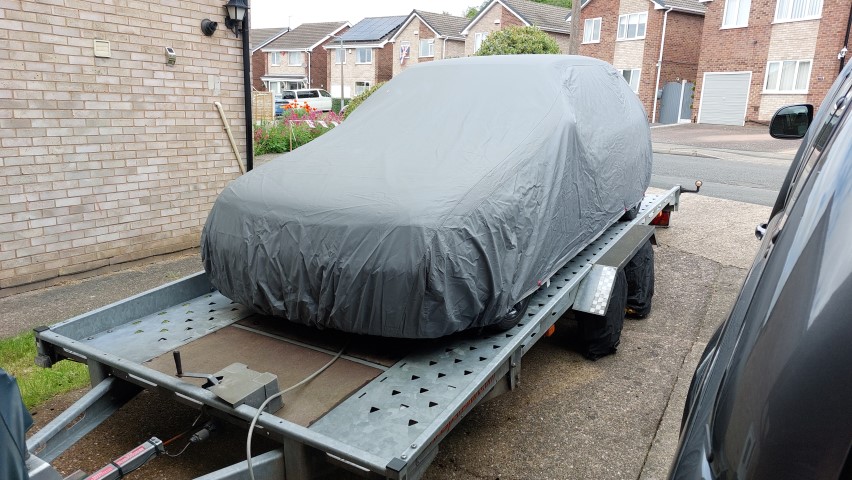 good stuff, dare i ask whats now in its usual spot?
North West Regional Co-Ordinator
Take Note On The Below
​
"my personality depends on me, my attitude depends on you"​

See here Kev_mk3 as my garage weigh has made a break for freedom this year. Both will be making an apperance at VBOA next month on the Sat & Sun.
Arctic 5 door diary with tweaked X30XE @ 230bhp click me if you dare.

Forgot you had that lol Amazed the Astra didnt go in the garage while you worked on the ST.
North West Regional Co-Ordinator
Take Note On The Below
​
"my personality depends on me, my attitude depends on you"​

Arctic 5 door diary with tweaked X30XE @ 230bhp click me if you dare.
You must log in or register to reply here.

Users who are viewing this thread